Warning: this recipe is not for the calorie-conscious.

Today we’re working on conquering my fears.  Fear of what? Whole chickens.  (Well, my husband would say salt and seasoning too, but that’s a story for another day)

What also scares me about chicken is that most packages look like this:

So we’ve been purchasing fryer chickens from Catullo Prime Meats who gets their chicken from Lamppost Farms.  Fresh, local, and…well…chicken.  The fryers are reasonably priced and a good size for just the two of us.

I’d never worked with a whole chicken before, so last week my husband walked me through breaking down and roasting a chicken.

Under his careful instructions, I made a flavorful, moist, and tender roasted chicken.  His reaction: “It’s probably better than any chicken I ever made.”

So I bought another chicken with the goal of doing it solo.  His advice: “It was perfect last time. So don’t mess it up.”

I had a little trouble breaking down the chicken, so he helped me again, then I proceeded to prepare the chicken on my own. 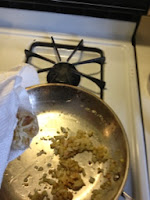 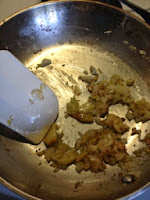 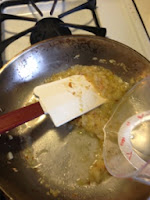 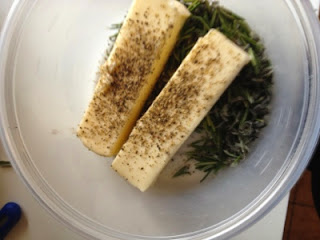 Make the herbed butter mixture.  Add the herbs and pepper, mix until combined.  Once the shallot mixture is cooled, add to the butter mixture and combine. 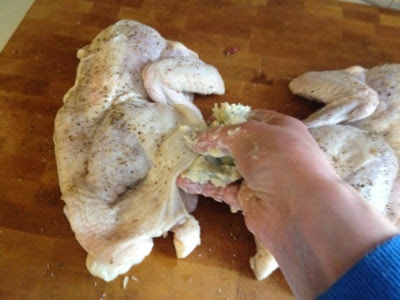 Spread the butter mixture over the chicken.  Start by working some of the herbed butter between the meat and the skin. 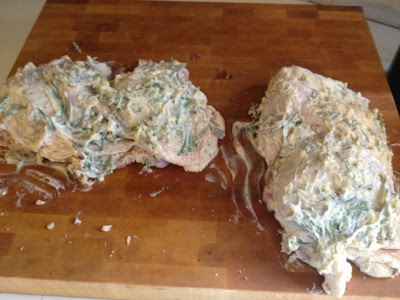 Then spread the remaining mixture over the tops of the pieces. 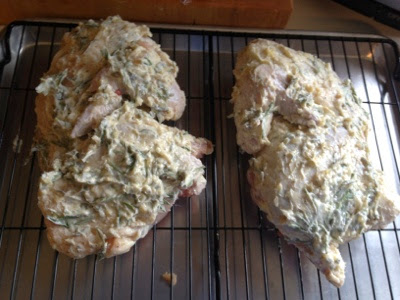 Place on a rack on a sheet pan and roast until the temperature reaches 165.

-Lay out the chicken, pat dry, and season with salt and pepper.

-Rub the butter mixture on the chicken.  Start with where you can get under the skin and massage some of the butter into the meat, leaving some of the seasonings and butter in between the meat and the skin.  Smear the remaining butter over the top of the skin.

-Place on a rack on a baking sheet (so you don’t get all that butter pooling at the base of your chicken).  Bake for about an hour to an hour and a half, or until you reach a safe internal temperature (165 degrees).  Check the temperature at more than one place as the thigh and breast won’t bake evenly.

-Once the chicken has reached 165 degrees, remove from the oven and allow to rest for 5-10 minutes before serving.  Allowing the chicken to rest prevents loss of the moisture as well as providing a couple extra degrees for carry-over cooking.

What I'm Writing About